They were totally peaceful protesters and what he was trying to do, as he often does, is to mischaracterize them and their behavior and their goals and lump them in with the tiny, tiny minority who took advantage of a tragic moment to loot and steal and vandalize — a tiny, tiny percentage — and he wanted to cast that over the millions of very thoughtful, non-violent peaceful protesters.

‘Trump tried to hijack Christianity and the Bible in ways that are deeply hypocritical.’

Former presidential candidate @HillaryClinton has spoken to Sky’s @KayBurley about the recent #BlackLivesMatter protests across America. 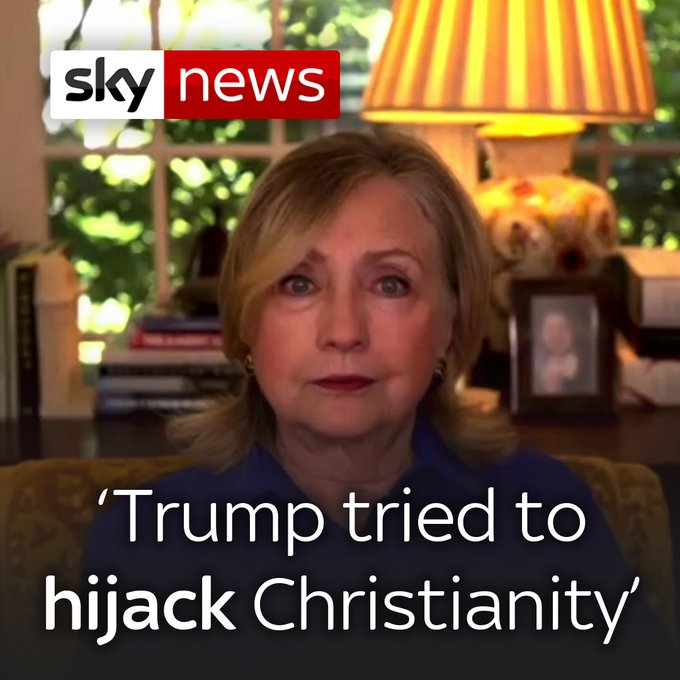