He also addresses Bolton’s criticism of the impeachment inquiry into President Trump. 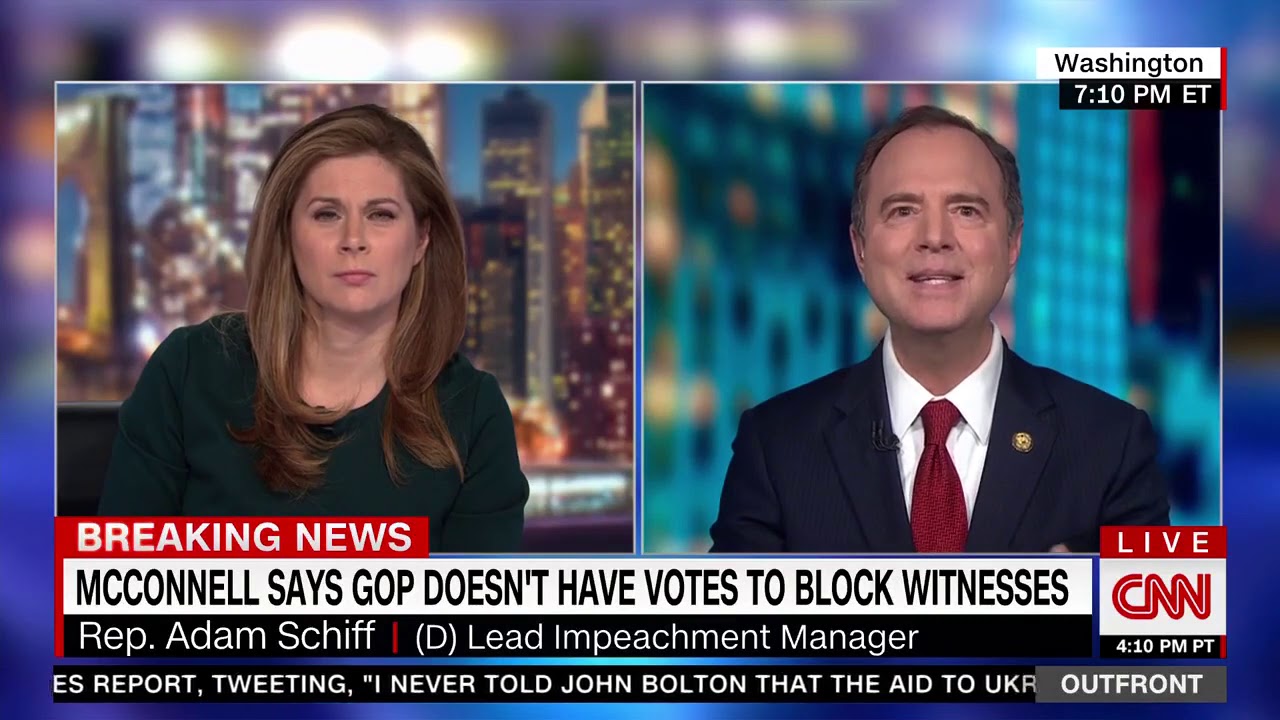 The California Democrat, who was the lead manager in the Ukraine-related impeachment trial against Trump, told CBS News the other party leaders would be “discussing” whether Bolton’s claims warranted additional inquiries.

“I’ll be discussing this with the speaker and with my fellow chairs about what next steps may be necessary,” he said Thursday on This Morning. “We haven’t had a chance to read the book. Only excerpts. So I’ll want to look deeply into the allegations and have a chance to confer about what the Congress should do about what John Bolton has to say at this very belated moment.”

In one of the leaks from Bolton’s book, The Room Where It Happened: A White House Memoir, which is scheduled to be released next week, the former national security adviser alleged that the president sought reelection help from Chinese leader Xi Jinping.

“He stressed the importance of farmers, and increased Chinese purchases of soybeans and wheat in the electoral outcome. I would print Trump’s exact words but the government’s prepublication review process has decided otherwise,” Bolton wrote.

In response to that claim, Schiff said it was a “perfect parallel” to what Trump “did with Ukraine, which was subjugate the country’s interest to his own political fortunes and try to get a foreign country to illicitly help him in his campaign. And this appears to be what he was doing with China, as well.”

Bolton also claimed that Trump appeared supportive when Xi brought up the topic of concentration camps to house Uighurs and other Muslim minorities in the country.

“I think equally disturbing was him telling president Xi that he should go forward with these concentration camps for the Uighurs and that it was the right thing to do,” Schiff said. “That is such a betrayal of everything our country stands for, such a betrayal on a massive scale of our support for human rights. I don’t know which is more disturbing, frankly. But both prove his unfitness for office.”

After leaks from the book were published by the media, including the Washington Examiner, Trump told the Wall Street Journal that Bolton was a “liar.” His administration is also fighting in court to block the book from being sold to the public on June 23.

Schiff has not forgiven Bolton for not testifying during the impeachment fight, which ended in an acquittal by the GOP-controlled Senate.

“Bolton’s staff were asked to testify before the House to Trump’s abuses, and did. They had a lot to lose and showed real courage. When Bolton was asked, he refused, and said he’d sue if subpoenaed. Instead, he saved it for a book. Bolton may be an author, but he’s no patriot,” the congressman tweeted Wednesday.