As Congress appears to be dragging its feet on police reform, President Trump accelerated the process with his own executive order. 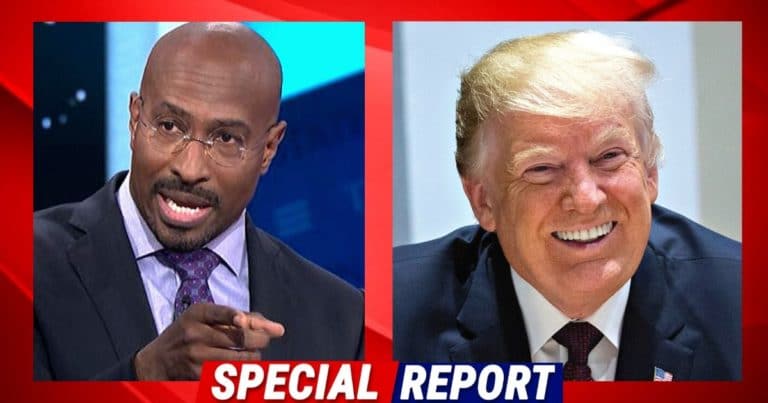 The order directs federal agencies to implement major new reforms. It will increase training for cops and bring significant accountability to police with histories of abuse.

In typical fashion, Democrats Nancy Pelosi and Chuck Schumer were quick to attack Trump’s action. But CNN’s Van Jones applauded the order, in a rare show of support:

Mainly because you saw the support of law enforcement there. That gives you a sense of where the bottom is, where the floor is for reform, and that floor is higher than it has been.”

Van Jones, like many within the mainstream media, has a history of being critical of President Trump. However, it appears he put aside his personal bias to celebrate Trump’s latest EO.

Jones pointed out how Trump’s order found “common ground” with Nancy Pelosi in the banning of chokeholds. He also applauded the fact that law enforcement was present at the signing, signaling this order is to be quickly implemented by police departments.

Jones was also supportive of the creation of a federal database for “bad cops” which will prevent cops guilty of abuse from staying on the force.

It appears the CNN commentator was willing to acknowledge the significant reforms implemented by this executive order.

After nationwide protests and unrest, President Trump quickly acted, taking the advice of law enforcement professionals and hearing from victims’ families. It was one of the fastest turnarounds we’ve even see from the federal government.