Rapper Snoop Dogg has been taking major heat for his music video which depicts an assassination threat against President Trump.

President Trump, in a response via Twitter, said that Snoop Dogg would have faced jail time had the same threats been made against former President Obama. 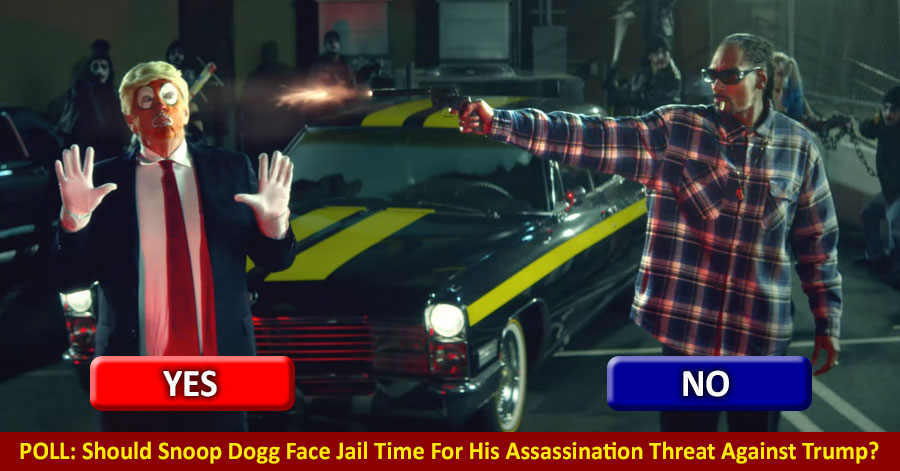 The ban that this motherf–ker tried to put up; him winning the presidency; police being able to kill motherf–kers and get away with it; people being in jail for weed for 20, 30 years and motherf–kers that’s not black on the streets making money off of it — but if you got color or ethnicity connected to your name, you’ve been wrongfully accused or locked up for it, and then you watching people not of color position themselves to get millions and billions off of it.”
So in between the pot smoking and the police bashing, it’s supposed to be political commentary, apparently.

“I feel like it’s a lot of people making cool records, having fun, partying, but nobody’s dealing with the real issue with this f–king clown as president, and the shit that we dealing with out here, so I wanted to take time out to push pause on a party record and make one of these records for the time being.”

What’s the comment? That you don’t know how to deal properly with things with which you disagree? That you shouldn’t be encouraging violence even in jest against the police or the President?