Alexandria Ocasio-Cortez, the self-described “Democratic socialist,” jumped into the political endorsement fray when she backed a progressive in a primary race. 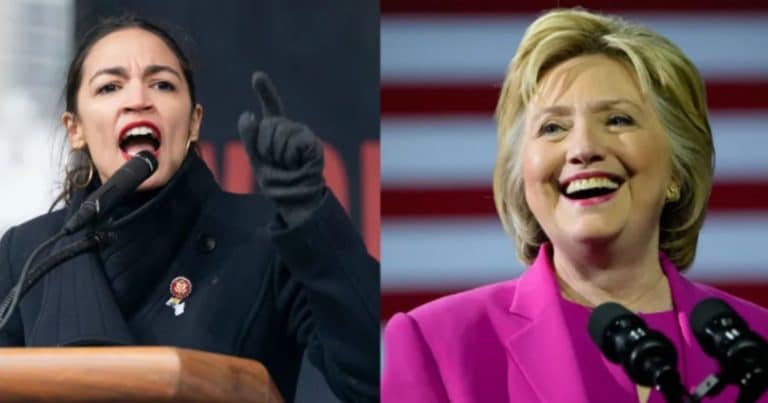 The candidate, Jamaal Bowman, is running against a 16-term establishment Democrat, Eliot Engel.

But the “starling” is positioning herself against one of the “big wigs” of the Democratic Party, as Hillary Clinton herself got involved in the primary race.

“I have worked with Eliot Engel as first lady, as senator from New York, and as secretary of state,” Clinton said in a statement to The New York Times. “Every step of the way, his number-one priority has always remained the same: delivering for his constituents.”

As Donald Trump unites the Republican Party, a great divide seems to be taking place within the DNC. Democrats are splintering between established “moderate” Democrats and progressive, left-wing socialists.

The party was shaken up in 2018 when progressive Ocasio-Cortez took the seat of a 10-term candidate. Despite a dismal track record in the House, AOC still considers herself an important and influential member of the party.

Establishment Democrats have struggled to rein in the far-left agenda of AOC and her allies. Politicians like Nancy Pelosi have swung from placating the far-left, to outright opposing them.

Outside observers might think this conflict has left the party directionless, even as Joe Biden tries to find common ground.

With Hillary Clinton directly opposing AOC, it makes this primary race a bellwether of sorts. Whichever candidate wins might determine the future of the party.

Will voters side with an establishment-type like Clinton (even though she lost in 2016) or will they jump ship to back AOC and her radical “squad”?

What comes of this race could have major impacts on the party’s November chances.

Key Takeaways:
After AOC backs a radical progressive for a congressional seat, Hillary Clinton endorses his opponent.
The rift illustrates a growing divide among moderate Democrats and the growing left-wing.
The conflict continues to plague the party, which cannot appear to unite in time for November.